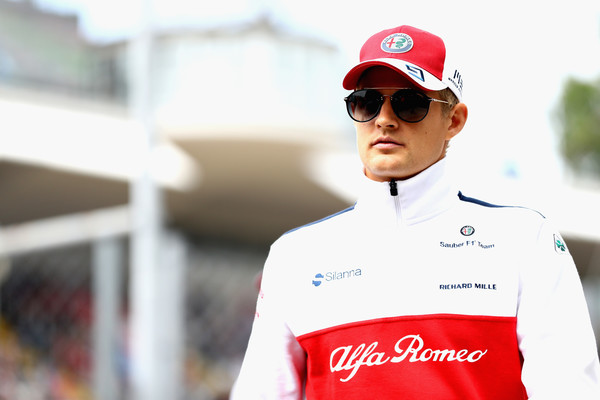 Marcus Ericsson hopes to persuade his employers at Sauber into a new contract, by outscoring team-mate Charles Leclerc, who signed a multiyear contract with Ferrari a few weeks ago. Leclerc will replace Kimi Raikkonen at the Maranello team next year, but Ericsson is now fighting to remain on the grid, with the prospect of Ferrari utilising its option on one of the Sauber seats to place Antonio Giovinazzi.

However, Ericsson scored more points than Leclerc in the last five races before Singapore, and he believes he can prove he is worthy of a new deal if he continues to do so. “They haven’t given me any specific time frame, but i know it is now time to perform,” he said. “I feel i raised my game in the last five or six grand prix weekends. I scored more points than Charles and Charles has signed a contract with Ferrari for a few years so i think that says quite a lot. I need to keep doing that or even better, even if it is not up to me to decide if that is enough or not,” he added.

Leclerc has scored 15 points so far this season, while Ericsson has six points to his tally, and he outscored his team-mate 4 to 2 over the previous six grand prix, before the Singapore race. Although his main backer is one of the team’s directors, Ericsson is under pressure to extend his stay at Sauber for a fifth season. “The competition for the seats is a lot higher than it’s been the last five years and i think the signing of Kimi proves that,” said Ericsson. “Now there is only one seat left for next year so i need to really impress and work hard to prove i deserve to be in the team. The pressure is high but i like that. That is when i do my best racing, so i really don’t mind it.”